Having a unique passion , he is a member of some of the biggest photography organizations in the world such as WPPI (Las Vegas, U.S.A), SWPP (London U.K) ,member of AWP(Awarded Wedding Photographers) and WPS ( Wedding photography Select), interviewed and featured at “Rangefinder” magazine, “In my Bag” (the only Greek), Photobussines Weekly, “K” magazine,  Manfrotto School of Xcellence, National Tv, LaBride Australia  and others.

Listed as the most awarded photographer in Greece (over 100 awards and accolades) , holds a professional photography certification (among few in Greece) .

In 2011 he was recognized with a Professional Photography Certification and later that year he was featured in the AL-THANI 2011 Limited Edition Book. In 2013 he was given the title “Associate of WPPI” (Wedding & Portrait Photographers International) and in 2014 he won the WPPI Grand Award for Members Portrait of the year, among others. In 2016 he was nominated the title “Craftsman” from PWS and became a “Master” of WPPI.

In the last two years his work has awarded from over fifteen different International organizations all over the world.

Akis is available for destination wedding and portrait sessions and contucts workshops worlwide. 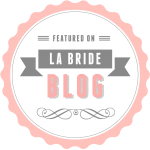